The appearance of such a film was made possible thanks to the support of the Ukrainian insurer UNIVERSALNA and the Canadian holding Fairfax, which includes the company. 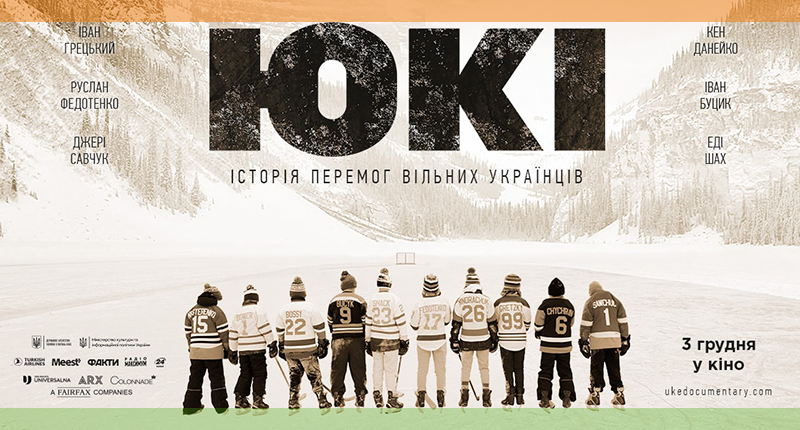 The screening of the documentary film «UKE» started in cinemas on December 3. The picture tells about outstanding Ukrainian hockey players, whose names are forever inscribed in the history of the most famous hockey league - NHL. In Ukraine, the tape was released under the slogan «History of victories of free Ukrainians.»

The appearance of such a film was made possible thanks to the support of the Ukrainian insurer UNIVERSALNA and the Canadian holding Fairfax, which includes the company.

The release of the film «UKE» is an important event for Ukraine. It is an honor for us to join in its creation. The film tells about the difficult fate of Ukrainians who conquered the hockey Olympus, overcoming all obstacles in their path. At one time, they left their homeland for a sense of freedom. The main characters always remembered who they really were and were proud of their origins. These stories are inspiring and demonstrate that hard work inevitably leads to success. Deputy Chairman of the Board of UNIVERSALNA Insurance Company Ruslana Palayda

The heroes of the picture - Ivan Gretsky, Orest Kindrachuk, Eric Nesterenko, Ivan Butsyk, Ruslan Fedotenko and others - are Ukrainians who have come a long way to success and at different times gained fame overseas. The film was directed by documentary filmmaker Volodymyr Mula, known for the film «American Dream. In search of the truth».

Read the news and promotions of the insurance company UNIVERSALNA.
Be always aware of all the events.
Subscribe to our page Facebook/UNIVERSALNA
Subscribe